Traditional Hungarian food is hearty, flavorful, and absolutely delicious. Of course, you might have already heard of goulash or chicken paprikash, and while paprika is a huge staple of Hungarian foods, there are so many more incredible things to try when you’re there for a visit. Hungarian food is comforting and if you know what to get, you’ll feel like you’ve had an amazing homemade meal lovingly made by a Hungarian grandmother. These should absolutely not be missed! 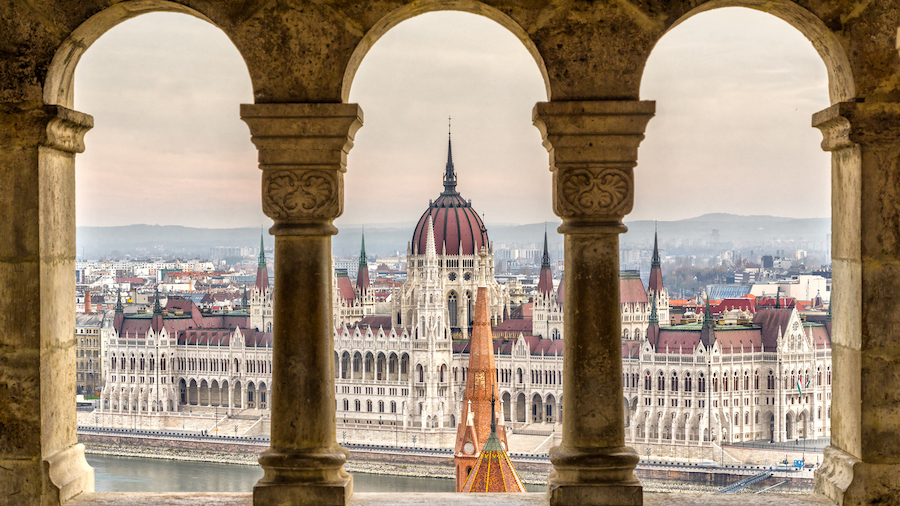 There Are Many Delicious Foods To Try Out In Budapest

Lángos is a deep fried flat bread that’s served hot and topped with sour cream and grated cheese, and sometimes with garlic butter — or even all three. Seriously, what could go wrong there? This savory delight is super affordable and can be found sold in many stands around Budapest. You can also find it at many restaurants. Retro Bufe is a great place to try Lángos, and some locations are even open at 6am, so you can get one at any time you please. 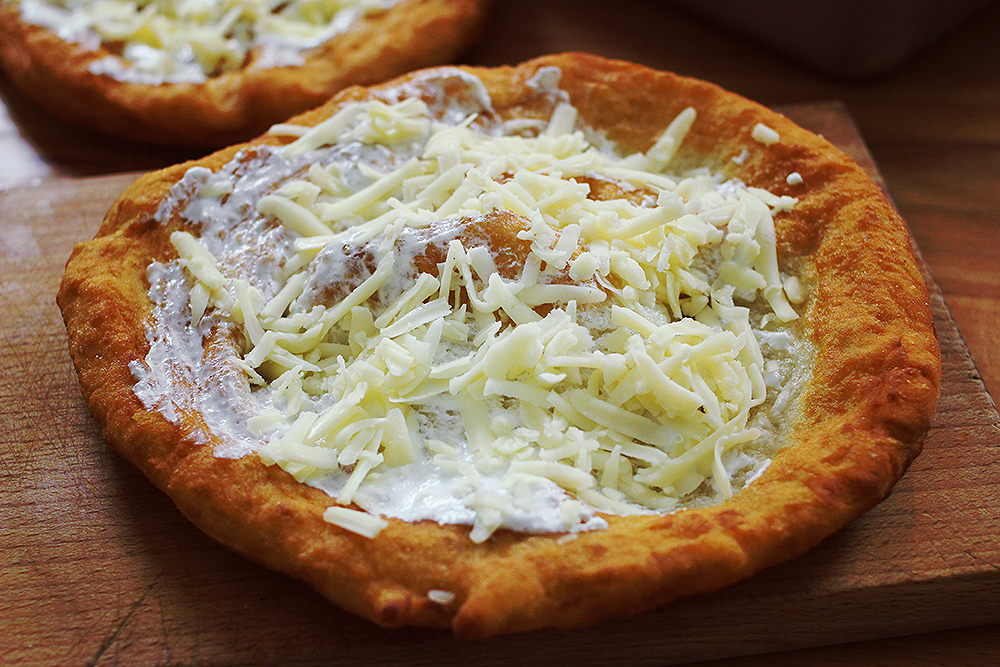 Töltött káposzta is a Hungarian version of a popular dish that can be found throughout eastern Europe and even in parts of Asia. The Hungarian version features cooked cabbage leaves that are stuffed with ground pork, beef, rice, tomatoes, and sauerkraut. It is seasoned with plenty of paprika and often served with a side of sour cream. It’s a comforting dish that’s perfect to warm up on a winter day. You can find a great Töltött káposzta in Százéves Restaurant, which has been around since 1831 and is actually Budapest’s oldest restaurant. 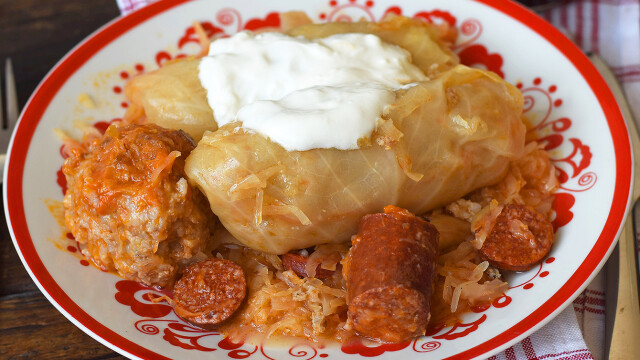 Jókai Bableves is a heart bean soup, which is the perfect dish to try if you are visiting during colder months. The rich soup is quite filling and is full of flavor. It is made of pinto beans, smoked pork and sausage, and egg noodles. It is often served with a dollop of sour cream on top. It’s a great soup that is quite filling. 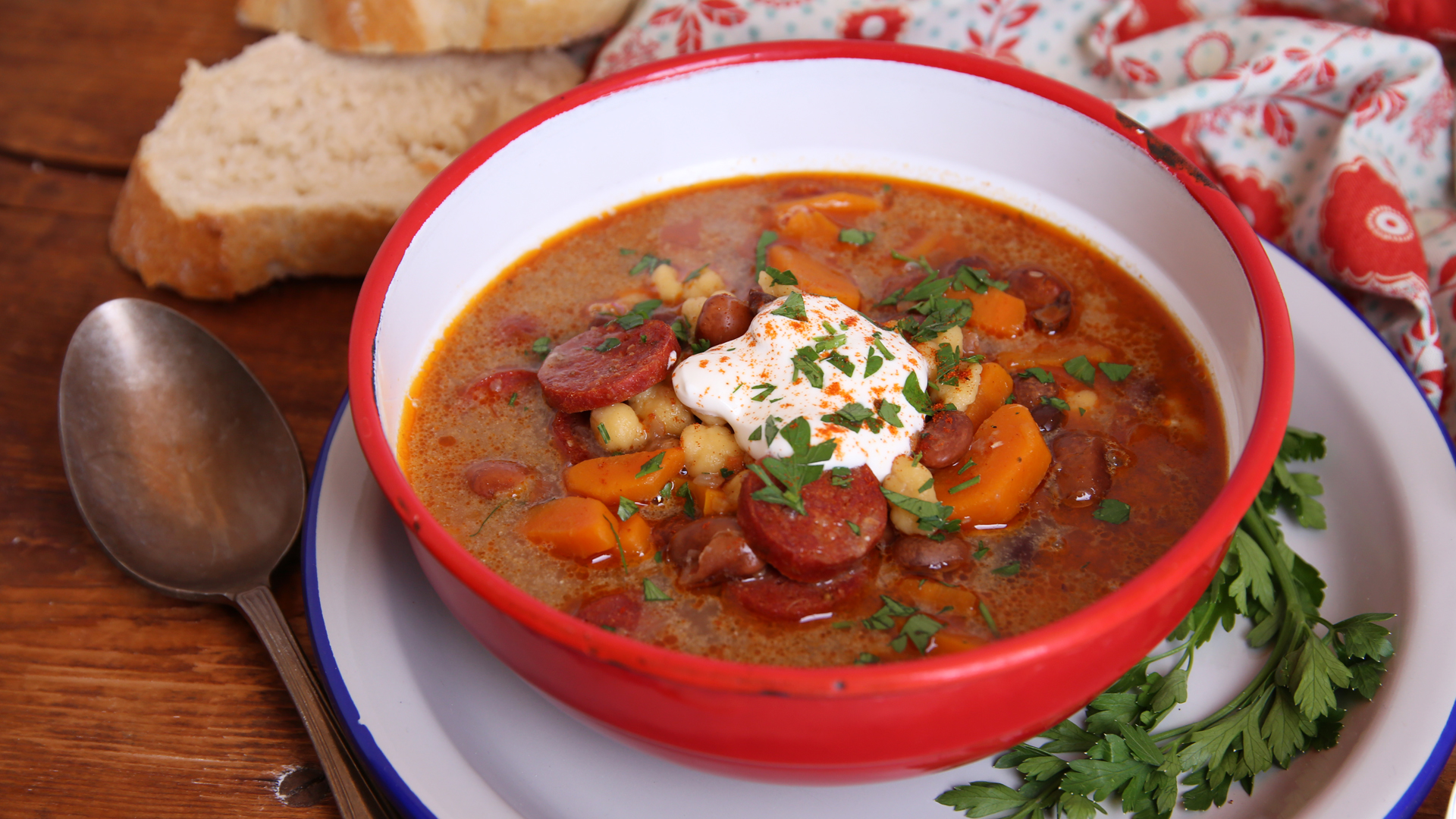 Dobos Torta, which means Drummer Cake, is one of the most popular Hungarian desserts that can be found at nearly every cafe and bakery across the country. The cake is comprised of layers of sponge cake with chocolate buttercream in between and covered with a layer of caramelized sugar, that similar to creme brulee, cracks when tapped with your fork. The cake is then coated with a layer of ground nuts. Named after pastry chef Jozsef C. Dobos, who invented it, the cake was initially served to King Franz Joseph I and Queen Elisabeth in 1885 while they were at the National General Exhibition of Budapest. Kürtőskalács, which in English is called Chimney Cake, is a treat that is made of strips of sweet dough that’s wrapped around a cone shape spit and roasted over a charcoal fire. It’s brushed with butter and sugar, which created a delicious coating as the dough roasts. Once removed, the cone releases steam from the middle, which is what gives the treat its name. The chimney cake is then dusted with cinnamon sugar or nuts before being served. These can be found all year round but are especially popular at the Christmas markets. They can be found all around the city, where plenty of stalls sell them. 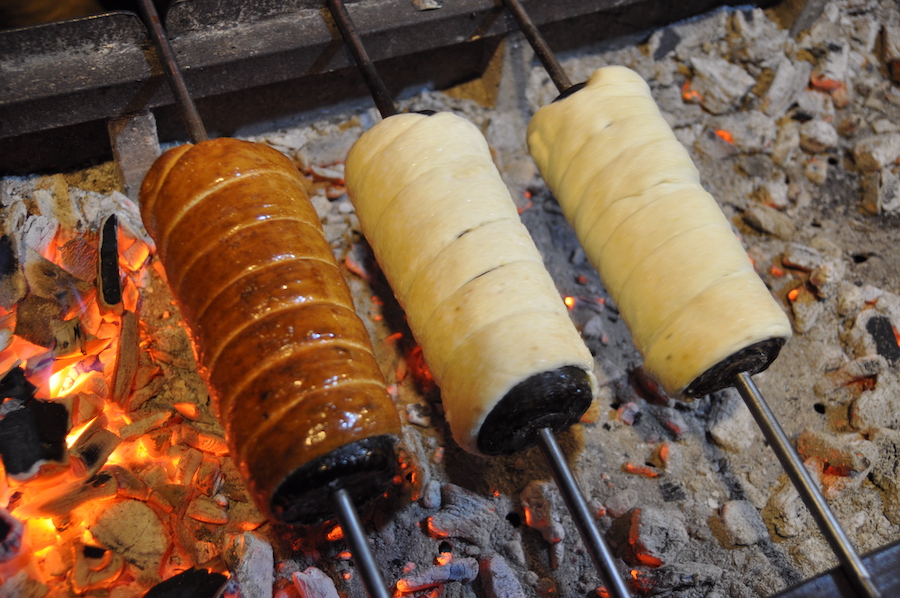 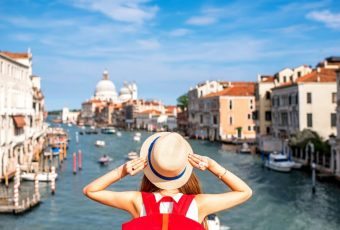 When it comes to bucket lists, one of the most exciting categories to explore is traveling. There’s nothing quite like broadening your horizons with a trip,… 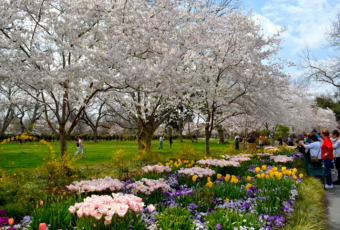 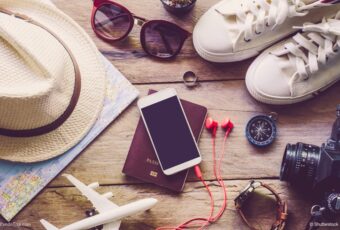